You can take one of two development paths, based on the priorities of the upcoming smartphone application: create two or three native apps or one cross-platform app that is appropriate for multiple platforms at the same time. When you have great opportunity, little time, and a minimal budget, a cross-platform app is an ideal option for MVP (Minimum Viable Product). If your business wants a basic mobile application without complicated animations and features, another explanation for creating a cross-platform mobile app is.

Technology that overcomes all these drawbacks is supported by cross-platform growth. It refers to the creation of a single app that runs on multiple mobile platforms. This is done by creating an interface for React Native and Dart, for Flutter, using a universal programming language, such as Javascript.

Cross-platform architecture aims to optimise development, time, and capital costs while increasing the productivity and success of mobile applications.

Well, if a developer produces a native app, they must use the unique programming language of the said platform to produce an app for Android and iOS. Similarly, the developer wants to use unique languages that the platform understands to create an interface for the following platforms:

Organizations have been working to shift jobs digitally for the last two decades. Today, mobile apps are used for staff monitoring and day-to-day relations. Since it’s much easy now to create a smartphone app. Thus, in the new workplace, cross-platform software production is becoming a must.

As the gap between work and life declines, work at home and recreation are becoming a fruitful option for workers. For both staff and management, it is a win-win approach. There is more innovative flexibility for workers, and employers save on investment in technology.

But the main challenge is the convergence of multiple devices and systems, such as iOS, Linux, Windows, etc. It is here that we turn to the creation of cross-platform applications.

A cross-platform software requires several devices to interact with the programme. Any of the methods that follow are:

In addition, cross-platform applications outsmart native applications in several critical ways, which we will address in the following sections.

Benefits of Cross-Platform development for your business

You can lower your expenses with cross-platform growth. As we have already discussed above, when creating an app, mobile app developers do not need to code in many different languages. In addition, it is important to correct the vulnerabilities that are seen in the reigning code base only once. This saves you the money you would have expended in creating applications on separate platforms.

Cross-platform growth over the years has been influential in being one of the most useful developments in the development of applications. Developers are allowed to use the same code to build applications on different devices, thereby saving time, efforts to develop the software, and, of course, production costs.

One of the most well-known cross-platform software development systems is React Native. Both iOS and Android are appropriate. Facebook Inc. produced Respond Native in early 2015 and its own culture is continuously improving. It is based on React and doesn’t use the technology of WebView and HTML. There are platform components in JSX instead of HTML, and it has CSS-like polyfills instead of CSS. Plus, there is no API for DOM. React Native incorporates the best JavaScript and React.JS features. In addition, it allows developers the option to use Objective-C, Swift, or Java to build certain pieces.

Xamarin is also a free, open-source, cross-platform app application, as is React Native. It was created as an independent platform in 2011, but was purchased by Microsoft five years later.

Xamarin is somewhat different from other systems that are cross-platform. It is based on the .NET platform’s open-source implementation, Mono. This implementation requires a C# parser, runtime, and main .NET libraries of its own. The purpose of the project is to allow programmes written in C# to run on non-Windows operating systems, Unix, Mac OS, and others.

PhoneGap is another fantastic cross-platform software creation framework. It was developed by Nitobi Software in 2005, which Adobe acquired in 2011. JavaScript, HTML5, and CSS3 are the foundation of PhoneGap, which makes it very convenient for web and software developers to use. It also supports a lot of various devices, from Windows, Bada, and Blackberry to iOS and Android.

It has a powerful back-end system which greatly speeds up the process of production. It is ideally suited for the development of basic smartphone apps that do not use native mobile phone features extensively.

Another cross-platform development framework that can be used to build, launch and validate a mobile application’s features is the Appcelerator. As a universal code mechanism, it makes use of JavaScript.

This means that it is possible to use the same code to build apps for different devices, such as iOS, Android, and Blackberry. It is the best choice for quick development of an app in JavaScript with an experienced developer.

Flutter, developed by Google and launched in May 2017, is one of the youngest cross-platform software frameworks. It is a free, cross-platform open-source project that helps you to build a single code collection of smartphone applications. Its distinguishing characteristic is that it uses the Dart programming language, and Flutter does not use JavaScript at all, unlike many cross-platform software implementations that are known today.

You can change the code and see the effects in real time, thanks to Flutter’s Hot-Reload. Updating the app itself takes only a few seconds. You can develop mobile cross-platform applications for iOS, Linux, and other less common mobile devices with Flutter. It is worth remembering that today this is the only way for the Fuchsia OS to construct a submission.

Ionic is yet another open-source cross-platform application. In 2013, Max Lynch, Ben Sperry, and Adam Bradley of Drifty Co. made Ionic. The initial version was released in 2013 and AngularJS and Apache Cordova were developed on top of it. Web apps built for the Ionic Platform are hybrid HTML applications according to the Apache Cordova principles. These types of apps run on mobile phones in a special shell (UIWebView for iOS and WebView for Android) that lets you display HTML and run JavaScript.

Node.js (or just Node) is a cross-platform application built on V8 that converts JavaScript into a general-purpose language from a highly specialised language. Node offers a runtime on the server side that compiles and runs lightning-speed JavaScript. Instead of reading or executing it as a bytecode, the V8 engine compiles JavaScript into machine code, which makes Node.js very fast.

Felgo is a cross-platform development SDK that is easy to use and that runs on the Qt system. Qt, a famed C++ application, is commonly used by developers. This Qt centre is improved by Felgo with an interface and game elements. Analytical software, in-app ordering plugins, and so on make it a standalone platform.

Felgo is one of those growing mobile app creation tools for cross-platforms. For the young generation of developers, it is really common today. The appealing aspect is that if you don’t make a profit from your business, they won’t charge you.

Felgo draws the interest of mainstream developers because they can save 90% of Felgo’s coding relative to Xamarin and ReactNative. It is heading towards the top spot in offering adequate resources for a secure, time-saving, and beginner-friendly website.

What makes it Unique?

Corona SDK was an open-source cross-platform app application that was very well-known and fully free. Unfortunately, the Corona SDK is no longer supported, but a new game system named Solar2D has recently been launched by its developers.

Solar2D is a free and open-source cross-platform app application, like its ancestor. It enables you to build smartphone games for different computers, such as iPhones, tablets and Android phones, iPads, Amazon Fire, desktops, wired TVs, and more.

We hope you have been helpful with the list of the best cross-platform software development systems, their descriptions, and the benefits. Based on its functionality and the demands of your project, this article would encourage you to select one technology that fits your needs. 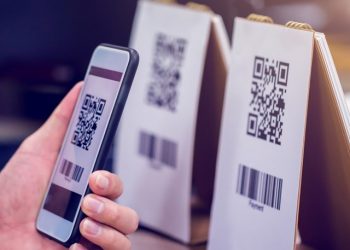